An original site, a unique industrial heritage in France

The mill of Rochebertier, located on the course of the Tardoire, called the « Moulin de la Pierre », is not a mill like the others. Currently, in France, it is the last hydraulic stone sawing mill still in activity after rehabilitation. A visit not to be missed!

After having known several activities, it is at the end of the 19th century that the mill becomes an industrial site, it cuts thanks to the energy of water of the stone blocks, the famous white stone of Vilhonneur. At that time, it took a week to saw a block at a speed of 1 to 4 cm per hour maximum!
Later on, the activity increased, the mill was modernised and the production rate increased. The stone blocks were extracted from a nearby open-cast quarry, which is still being used today by the company ROCAMAT. 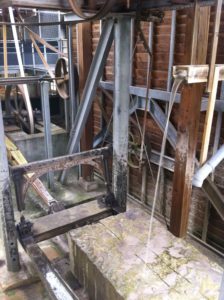 In the 90s, the moulin de la Pierre was bought and rehabilitated by the Community of Communes, and welcomed its first visitors thanks to the installation of an outdoor walkway which allows all the mechanisms (sawing frame, wheels, gears…) to be viewed in complete safety. The whole family is therefore welcome to discover the site!
This site is a strong testimony of an industrial heritage and a real tribute to the men of the stone. The “Pierre et Savoir-Faire” association now promotes and animates the mill and offers guided tours, exhibitions, stone-cutting workshops for all…
Come and meet the association’s volunteers, they will be able to pass on their passion for the mill and for stonework! 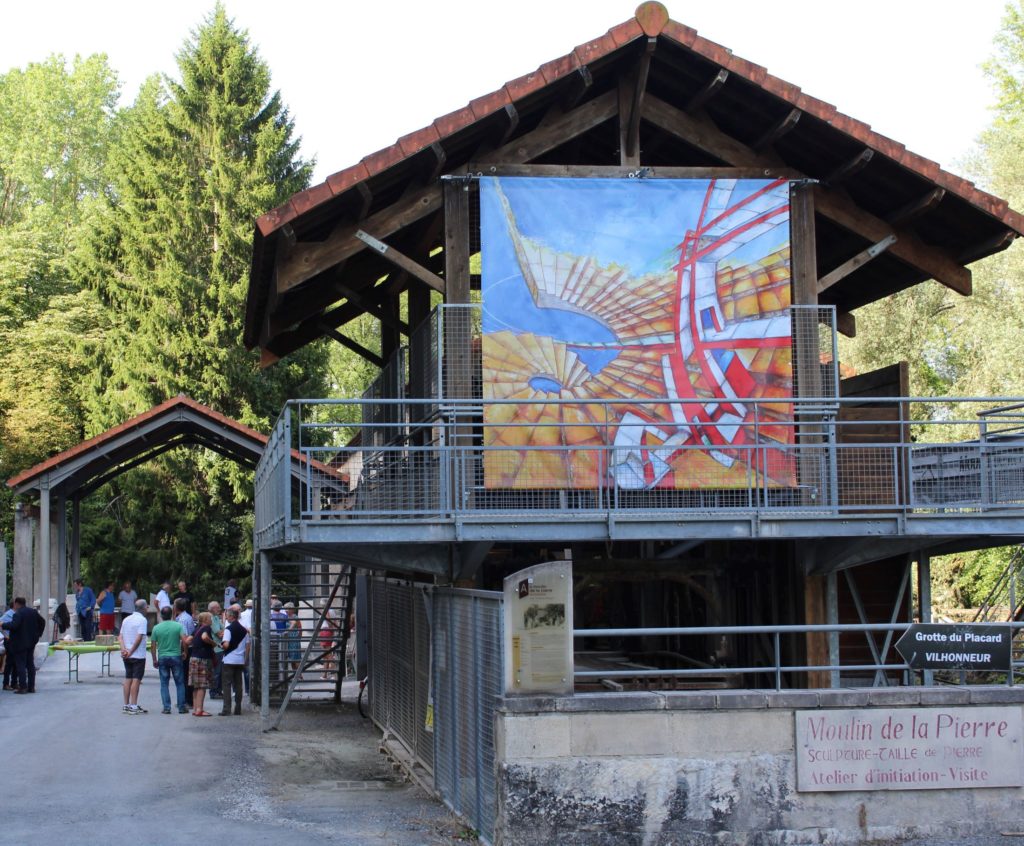