Inspirations The marks of the artists of the Middle Ages

Semi-circular, pointed or ogival vaults, columns, sculpted tympanums and capitals, painted frescoes, stained glass windows...are these terms familiar to you and fascinate you?

During your trip to La Rochefoucauld Porte du Périgord, discover our many religious buildings, witnesses of the Middle Ages. About twenty of them are listed or registered as historical monuments.

As in the Charente, architectural evidence of the Romanesque artistic movement is omnipresent in La Rochefoucauld Porte du Périgord. Among our churches and chapels, some are remarkable and will delight lovers of heritage and architectural prowess.
In La Rochette, the church of Saint Sébastien is recognisable by its slate roof, but on its façade, it offers magnificent bas-reliefs and modillions. In the neighbouring village of Coulgens, you can admire the sculpted capitals, the wall paintings and the funerary litre of the church of Saint Jean-Baptiste. To the east of La Rochefoucauld-en-Angoumois, discover the style of the Templars (warrior monks) at the chapel of Saint Jean de Malleyrand, which is distinguished by its elegance and the finesse of its decoration, with its acanthus leaf capitals and clawed bases in particular. Further south, two other Romanesque buildings are remarkable: the church of Saint Vivien and its fortifications in Charras and the church of Saint Maurice and its pre-Romanesque crypt in Mainzac.
Plaques on or near the buildings provide information on the history and architecture of each site. 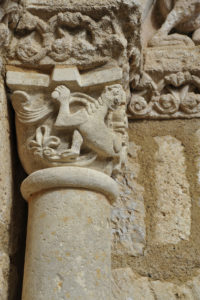 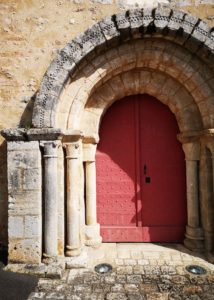 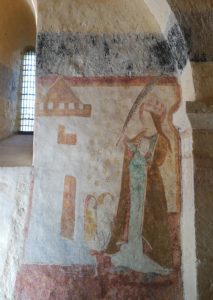 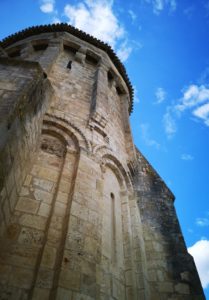 A touch of Gothic in La Rochefoucauld

In this landscape of religious heritage from the medieval period, two buildings stand out: the collegiate church of Notre Dame de l’Assomption and the Carmelite convent in La Rochefoucauld-en-Angoumois. These two buildings were built between the 13th and 14th centuries, a period when Romanesque art gave way to Gothic art.

Classified as a historical monument, the collegiate church of Notre-Dame de l’Assomption et Saint-Cybard was built in 1262 and very quickly became the nucleus of a new town. It is an imposing and very slender building, with elegant pointed arch openings, a bell tower topped by an octagonal spire and four belfries. Its interior is very spacious and is illuminated by magnificent stained glass windows and a 16th century rose window.

About fifty years later, Gui VII de La Rochefoucauld, who had just unified the three urban centres of the city under his authority, launched the foundation of a convent to house 12 Grand Carmes. These monks were responsible for the education of young people until the Revolution. The cloister of the Carmelite convent, a listed monument, was both a space for circulation and a place of prayer. The four galleries are pierced by three-lobed arches supported by elegant sculpted columns, typical of Gothic art. An invitation to meditation in the heart of the city!

⇒ These two buildings in La Rochefoucauld are open to the public, and the heritage signage accompanies you on your stroll. 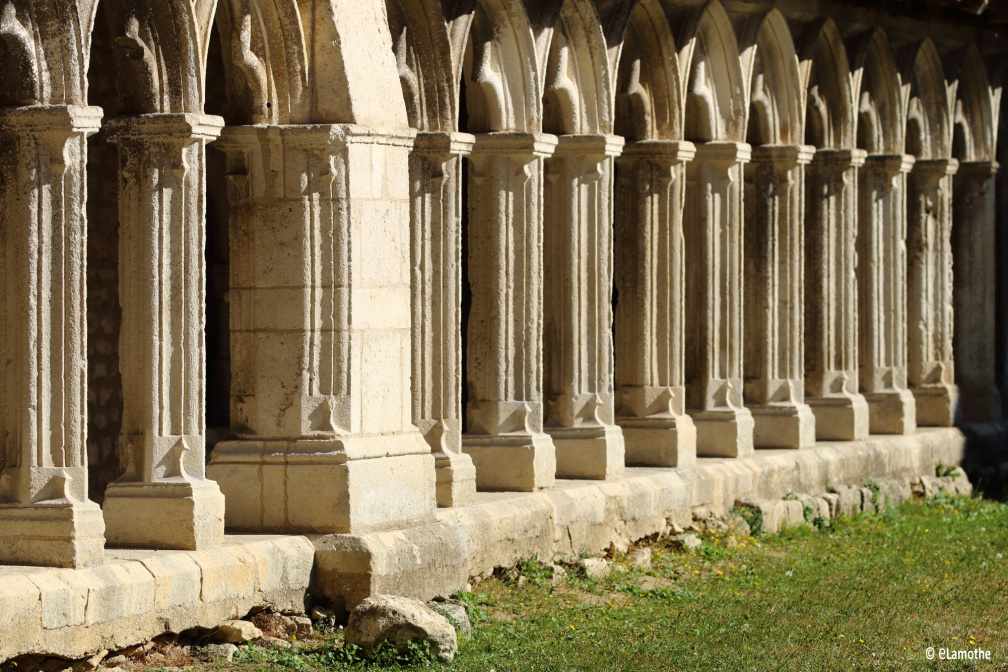