La Rochefoucauld: a castle, a town, a family

The medieval origin of the town of La Rochefoucauld is the result of a very eventful history. At the beginning of the 11th century, a town called Bourg-Budeau was already spread out on the left bank of the Tardoire. At that time, a fortress was built on the rock overlooking the river by Foucauld de La Roche and his sons, close relatives of the Viscount of Limoges. This was the beginning of several construction campaigns that lasted until the end of the 18th century.
Two other towns then developed independently: Saint-Florent, built around a priory founded in 1059 by the La Rochefoucauld family, and on the right bank of the Tardoire, Saint-Cybard, developed in the 13th century around a church built by a brotherhood of priests.
It was not until 1310 that Baron Gui VII of La Rochefoucauld united the three urban centres under his authority: Bourg Budeau, Saint-Florent and Saint-Cybard became one, and the town of La Rochefoucauld was born. A few years later, Gui VII founded the Carmelite convent, a gothic complex including a cloister, a chapter house, a refectory and a church.

A castle, a family

To enter the Château de La Rochefoucauld is to discover the history of a family, owner for more than a thousand years, and to explore seven centuries of architecture: medieval keep, galleries of the main courtyard and monumental Renaissance staircase, 16th century château de plaisance, 18th century extensions. This has earned it the justified title of “the pearl of the Angoumois“.

The La Rochefoucauld family became an illustrious family of the French nobility: lords then barons, then counts and finally dukes and peers of France. The family became famous century after century for its remarkable personalities:
– Cardinal François de La Rochefoucauld, Grand Chaplain of France, presided over the King’s Council under Louis XIII,
– François VI, opponent of Richelieu, imposed himself at the head of the Fronde des princes, before becoming one of the greatest writers of his time, author in 1664 of the famous Maximes,
– La Rochefoucauld d’Anville, member of the Academy of Sciences, led the liberal current of the nobility at the Estates General of 1789, he was massacred at Gisors in September 1792,
– the bishops La Rochefoucauld-Bayers, deputies of the clergy to the Estates General, executed in the Carmes prison and beatified,
– François-Alexandre de La Rochefoucauld-Liancourt, also a deputy of the nobility to the Estates General, founder of the Arts and Crafts school and co-founder of the Caisse d’Epargne.
The visit to the libraries, with their 20,000 volumes, and the treasure room (240 boxes of family archives) is the high point of this journey through a thousand years of history. 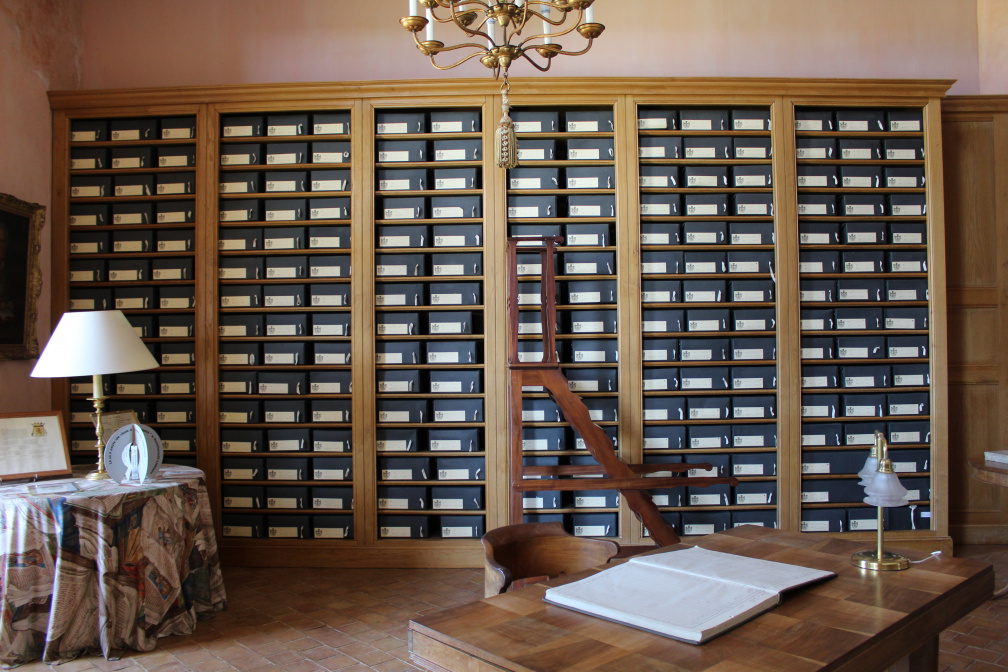